LiDAR (Light Detection and Ranging) is a remote sensing technique used to generate high-resolution 3D models of the ground surface which can help archaeologists identify and record various aspects of the historic environment.

The processed data can be manipulated by a range of techniques and software that can aid in the discovery of low-profile archaeological features, including those hidden beneath woodland canopy.
Some of the main visualisation techniques for LiDAR data include:

AMS uses the GIS program QGIS to store, manipulate and view LiDAR data. QGIS can be used to compare LiDAR data with other datasets, including CAD plans of developments, historical maps and the Sites and Monuments Record. AMS also employs the software Relief Visualisation Toolbox (RVT) to generate visualisations of LiDAR data, which can then be brought into QGIS for analysis. 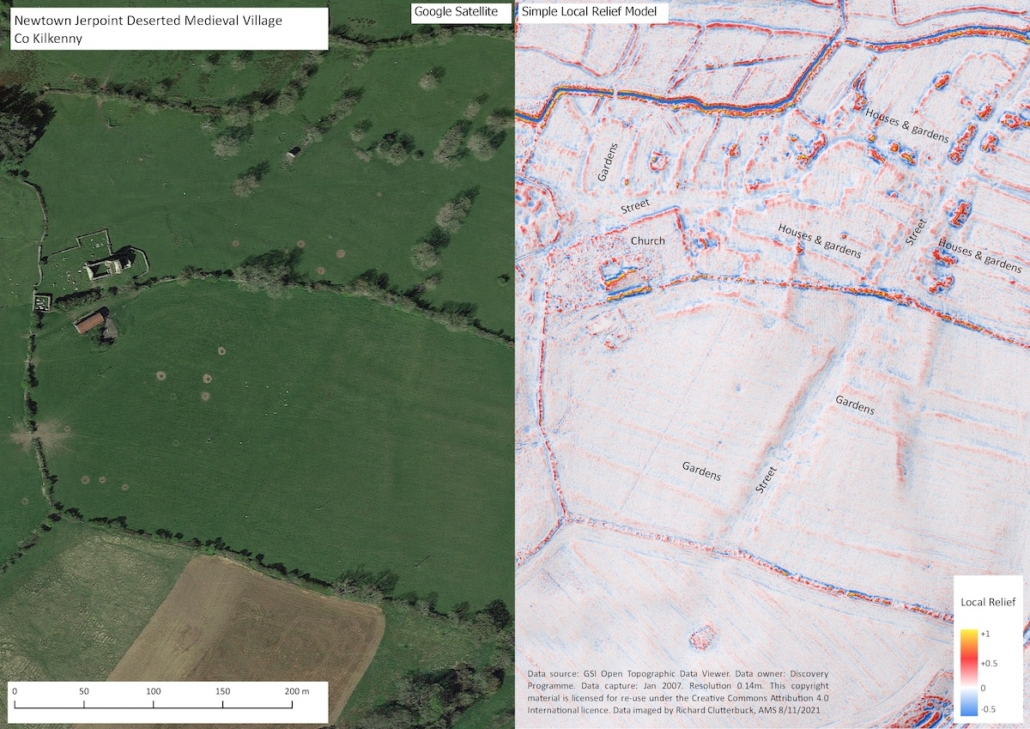